The Triplets are here! 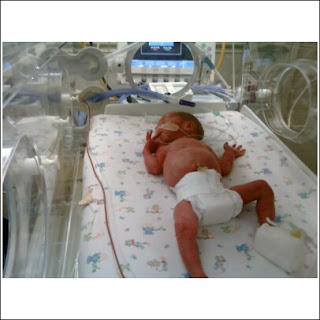 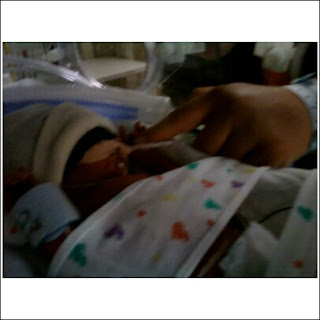 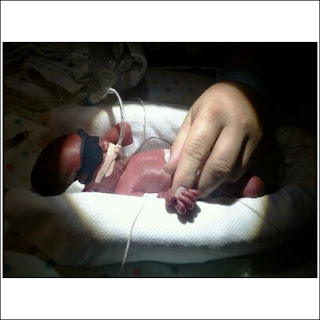 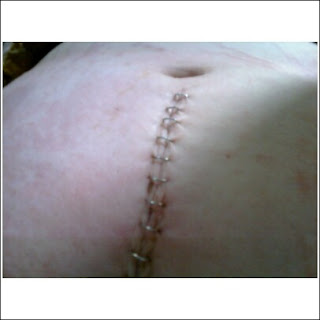 THEY CUT ME VERTICALLY! YUCK!
Sorry it has taken so long to update. 7/18/09 was the big day. MD came into my room about 7am and told he thought it was best for Logan if we delivered due to his non-existing fluid level and his heart rate decelerated several times over the night. Jack left work and my mom was already here with me. They took us to PACU around 11am. After many IV sticks to get an 18g in my arm instead of a 20 and a crappy epidural...they finally took me in to operating room and did 1st cut at 1:47pm. Shortly after they let Jack in the room. As soon as they started cutting I told the Jacob sleeping on vent that I could still feel sharp stabbing pains by belly button where they were cutting after a few minutes I was screaming at them then next they I know I wake up and they told me everything was done and that Jack and the babies were all in the NICU. I never got to see them be born due to stupid anesthesiologist student did not check epidural line to make sure it was still working before they cut. I was told it "kinked" in my spine when I was transferred from bed to OR table. So they gave me a conscious sedation since they could not get epidural to work. I sat in recovery until about 6:30pm. 2 nurses took me to NICU on a stetcher to see all 3 babies and then I go to the new room around 7:302pm
As for the babies: Logan who was "baby B" came out first he was the one that was considered stuck with no fluid. Dr said they had to take him now because he could died at anytime and he did not think Logan would have made it another week. He was actually bigger than expected at 1lb 140z and 13 inches long.
Jacob was 2nd to be born weighed in less than expected at 2lbs 8oz 15 inches long
Andrew last to come out weighed in at 2lbs 9oz and 15 inches long.
All 3 babies were stable by the time I seen them. Logan and Jacob needed help breathing and were intibated on ventilators. Andrew was breathing on his own and only required the use of a nasal cannula. All 3 were stable once in NICU.
Today I pumped for the first time and went down to the NICU around 11am. Ava and Shelia came up to visit and see the babies. I have not had good pain control the entire time since I have left out of the OR. NO ONE could get an IV in me that stayed for than 30 minutes. I was in so much pain I didn't want to talk to anyone. I was also given by mouth and IM shots and nothing could keep the pain away
Today Andrew got his 1st bath still breathing on his own. He alls continues to breath on his own. He started 3cc food tube feeding every 3 hours
Jacobs ventilator was turned down to a setting where he does most of the breathing on his own
Logan is still stable but not doing wonderful. They changed his ventilator to a different kind where it breaths for him so he can rest. He is also getting photo therapy and pain meds.
Well I am falling asleep writing this so I will update everyone later. Sorry for misspellings I can't stay awake and continue to doses while I writ[
Posted by Jennifer G. at 12:34 AM